April 24, 2022: Dang Ghorahi-15: Tulsipur branch A of Aatmanirbhar LBS has held its annual center chiefs' annual review meeting on April 24 amidst a mass gathering in Tulsipur at Ekanta Hotel. 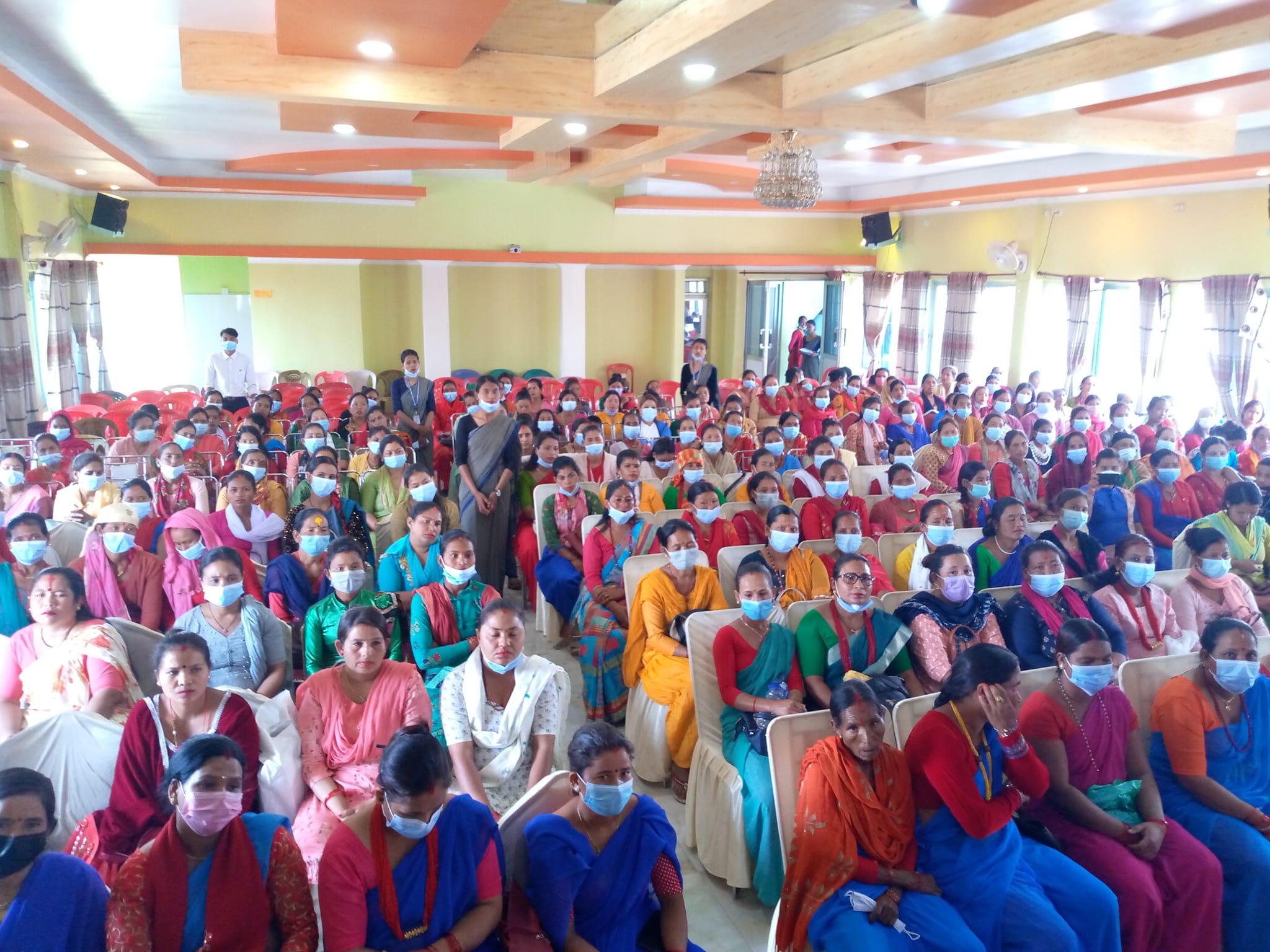 The chief guest of this annual review meeting was CEO Saugat Chaudhary of Aatmanirbhar LBS while the Tusipur branch manager Jugram Chaudhary presided over the review meeting.

The program was facilitated by Nep Bahadur Chaudhary and Nirmal Chaudhary who are senior monitoring management team members of this financial institution. 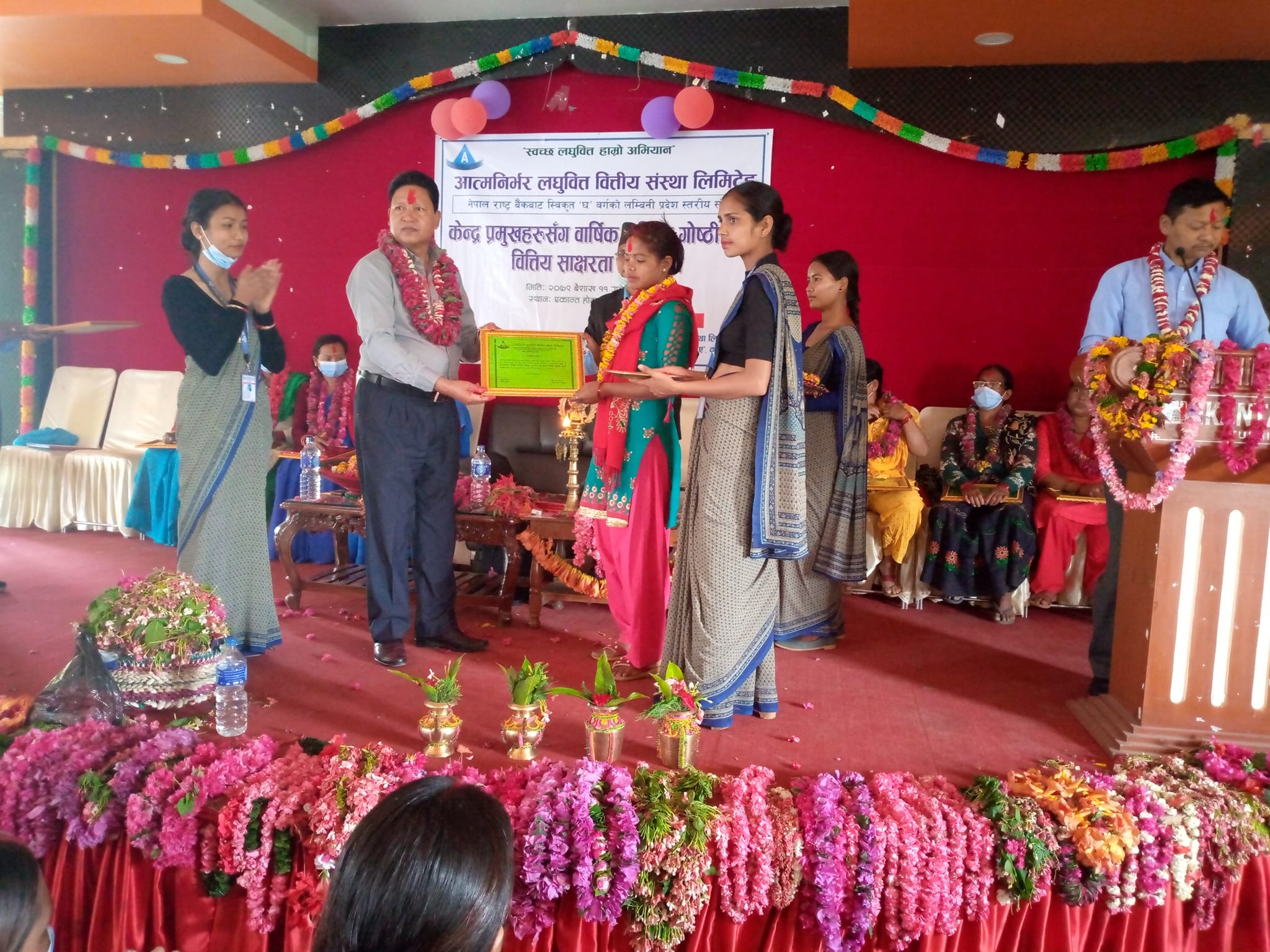 The program was attended by over 180 rural women who have been running a small business by taking petty loans from Aatmanirbhar LBS. The best and most successful social entrepreneurs were also awarded on this occasion by CEO Saugat Chaudhary. 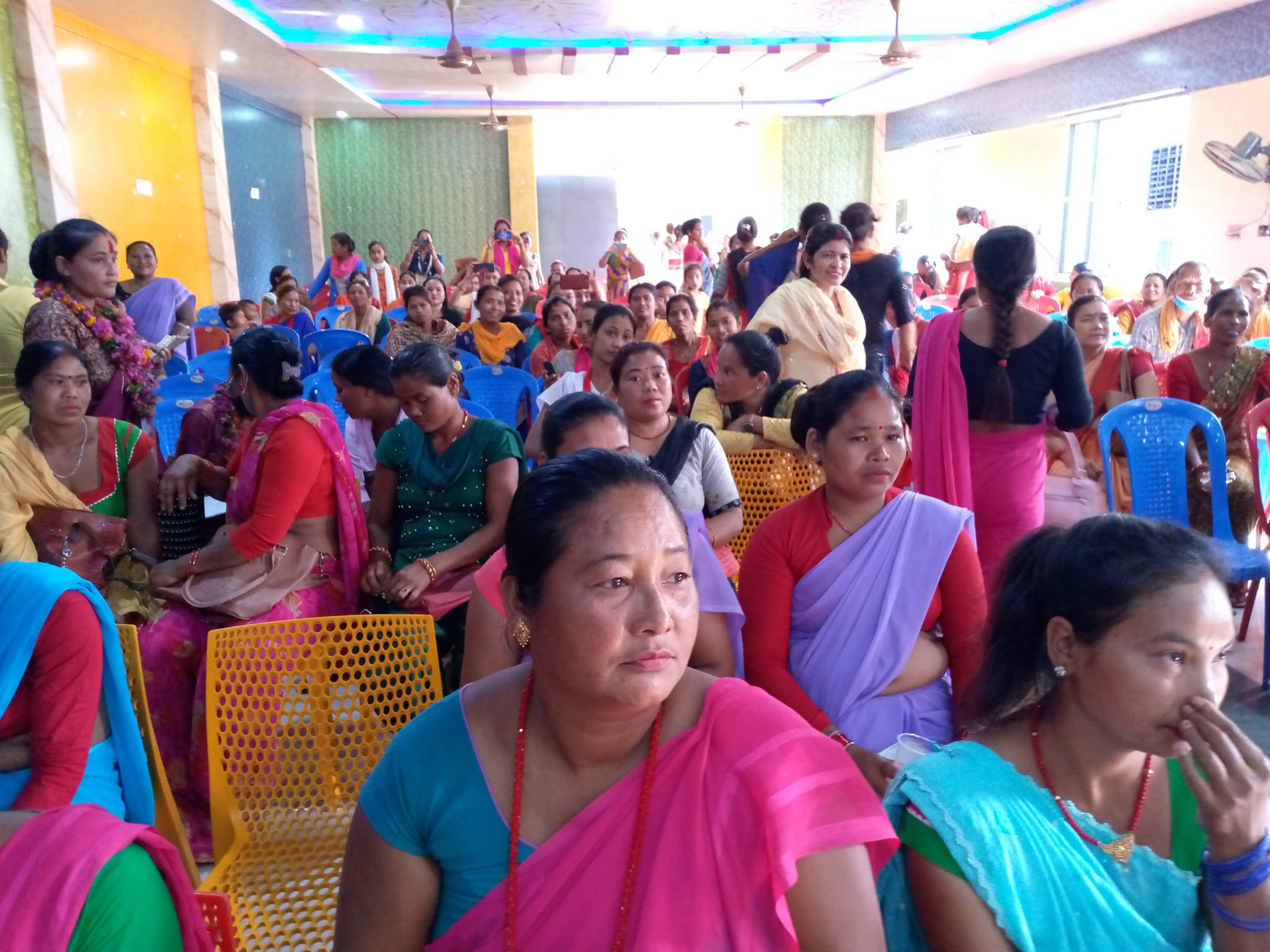 A dozen of these successful entrepreneurs and models for others also shared their success stories about how they multiplied their financial growth by taking petty loans from the financial institution in the past and now they are happy to be members of this microfinance institute. 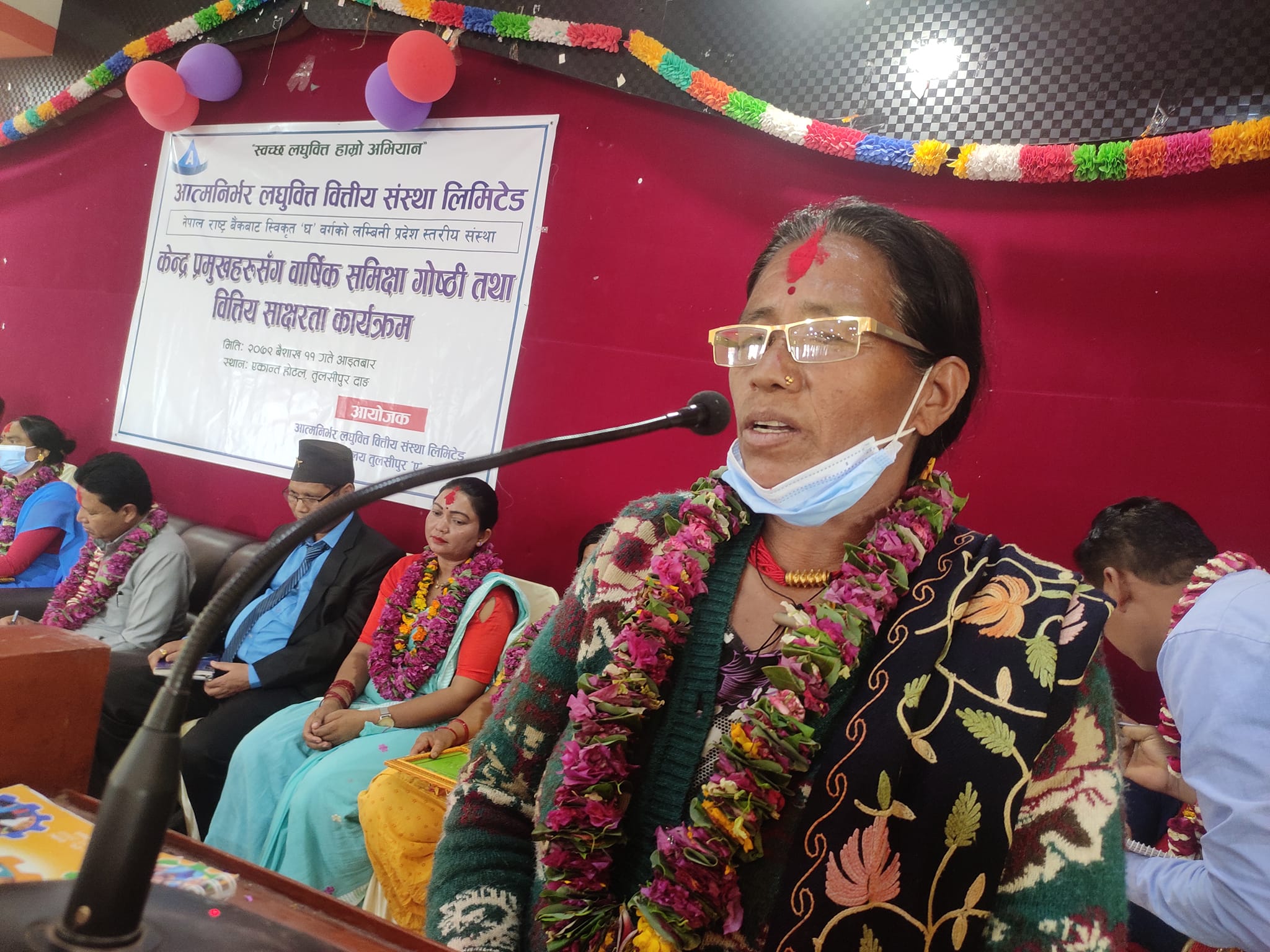 Speaking during the program the CEO Saugat Chaudhary the organization initially a Non-government organization in the name of Gramin Mahila Utthan Kendra was established in Dang in 2050 BS which later carried out the works of financial intermediary transactions and now is converted into Aatmanirbhar LBS as per the norms of Nepal Rastra Bank. 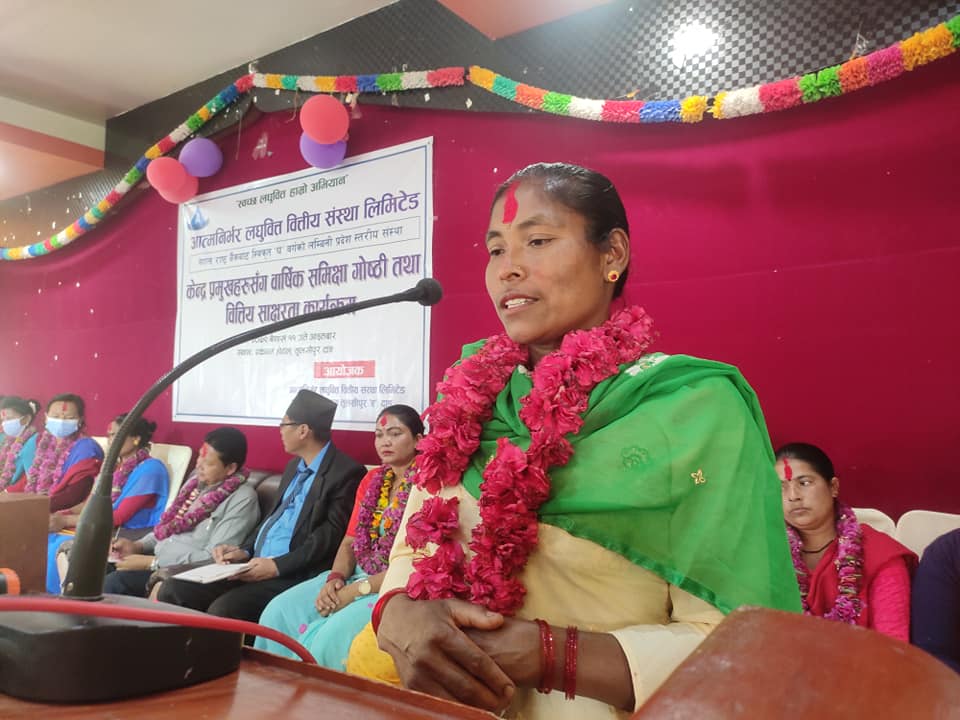 It has gained its D class financial institutions to contribute to alleviating poverty rendering financial services at the doors of the poor and marginalized people.

It now works with more than 50,000 rural women in transforming the lives of poor and vulnerable groups by giving them petty loans ranging between Rs 5000 to Rs 5,00000 on the basis of group collateral. 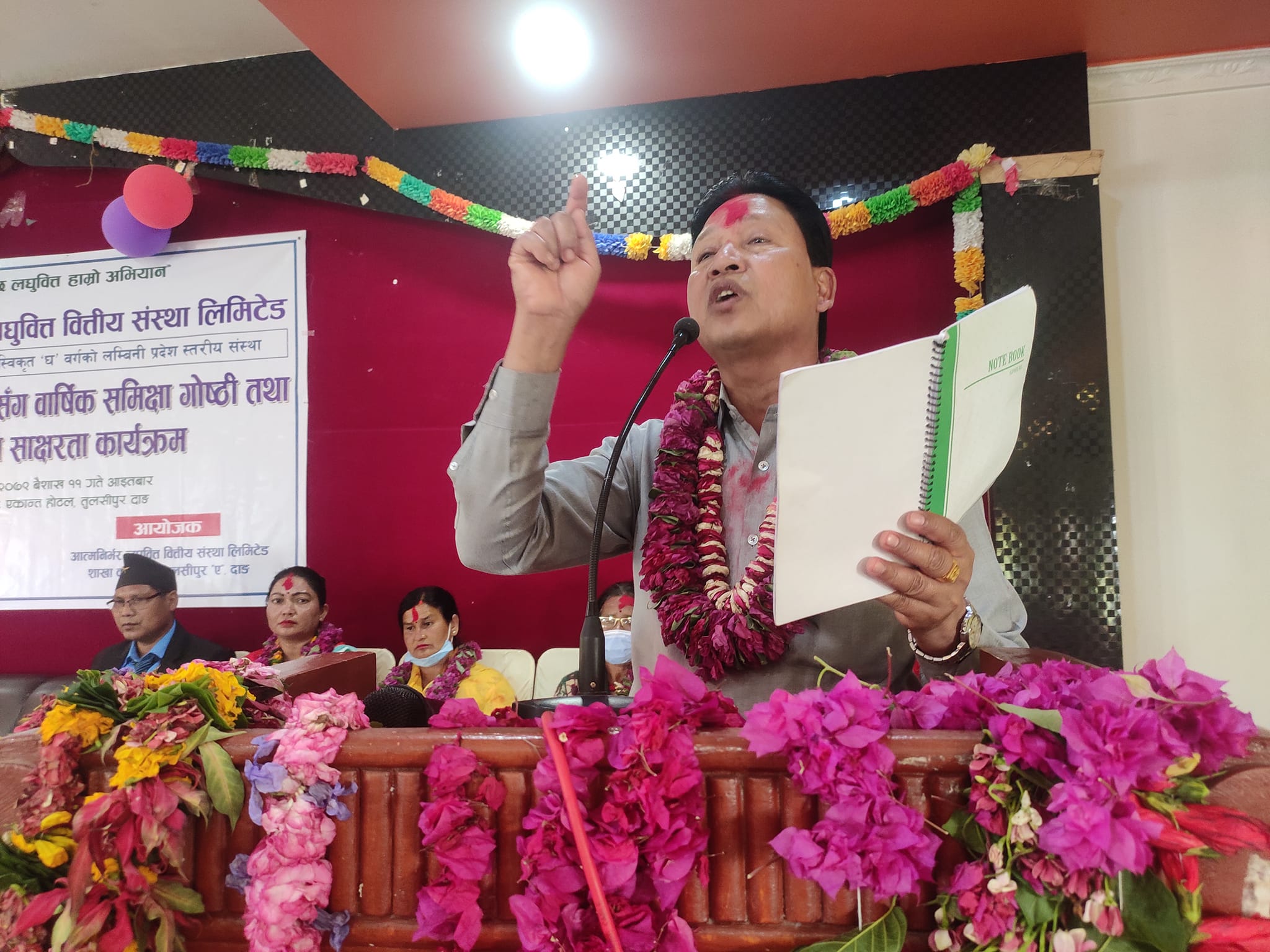 The review meeting ended with the closing remarks of branch manager Jugram Chaudhary at the end.